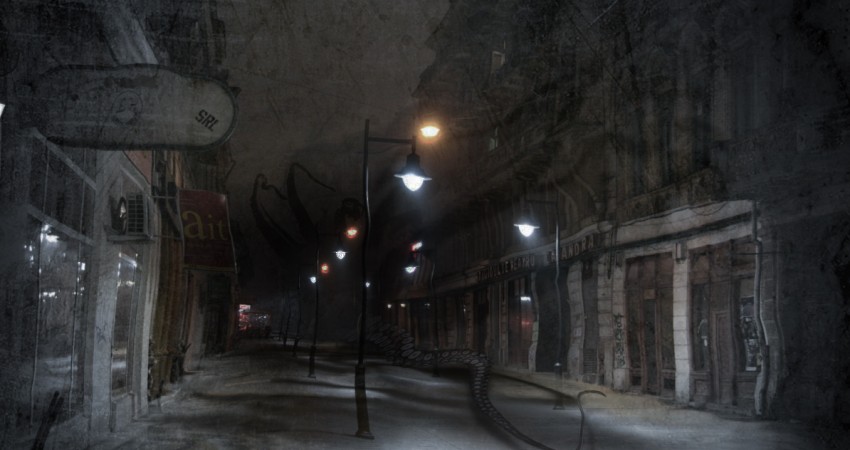 To celebrate the very old tradition of Halloween scares, why not freshen things up with a new cover for Shade City? If you’ve already read my urban fantasy ghost story, I don’t need to explain Dante Butcher to you. This is (mostly) the same book you already love. If you haven’t had the pleasure yet, let me break it down.

Sometimes cocky, always cool, Dante Butcher is a young guy who runs the club circuit in Los Angeles. The twist is that, with a simple touch, he can identify when people are possessed by shades. Dante has a very rigid view of what’s black and white, and his quest to do the right thing inevitably leads to a brawl or two. However, it’s only a matter of time before things get personal and Dante’s in over his head.

This 2nd Edition release has a brand new cover from Bookfly Design, a new intro, and a revised chapter structure to keep those pages turning. If you’ve already read the book, I’ve pasted the new intro below for your reading enjoyment. And if you haven’t purchased it yet, there’s never been a better time. Enjoy.

I’ve been called a hipster before. I smoke cloves. I carry around a century-old pocket watch. Don’t get me started on my exceptional taste in indie music. To be fair, I was currently having a drink in a bar under a widescreen TV playing Point Break (Pure Adrenaline Edition) in black and white.

Hey, Casablanca it isn’t, but Keanu Reeves and Patrick Swayze made a damn entertaining flick.

I’m a pretty straightforward dude when it comes down to it. Longish hair creeps over my eyes. My short goatee is the only facial hair to speak of (except when I get lazy about shaving). I do wear tight T-shirts because I’m thin and work out, but that’s not a crime, it’s style.

I squeezed through the crowd in the small, backroom bar. The faint lighting and cramped seating exuded the feel of a house party. That was good on lazy nights. I could do the rounds without breaking a sweat. As I scanned the crowd, my gaze passed over the collection of Mexican crosses nailed to the wall. Some painted with bright colors, others sporting their natural weathered wood. Each with its own story, just like every person I brushed against.

I’m not a local, of course. Nobody here is. I’ve been around four years, but the first twenty of my life were spent in Miami. You might see that and think I wanted to be an actor, but it was nothing like that. I just wanted to get away from my fucked up childhood—the doctors, the drugs, the depression. I’ve had issues, you see, as long as I can remember. Moving west was like the old frontier settlers escaping the puritanical cities that stifled them. No more family for me. I was all alone now. And I loved it.

I’m a game programmer, if you can believe it. You know those old-school puzzle games you play on your phone, the ones that don’t require much thought or coordination? Yup, you can blame me for contributing. But I work from home on my laptop and it’s a steady paycheck so I’m riding this train as far as it takes me. Besides, I have to fund my partying somehow.

Maybe I don’t take my career seriously enough, but I’m all about living in the present. I’m kinda rock and roll like that. There’s a lot of fun to be had in this town. Honestly, there’s a lot of trouble to get in as well. Especially when you know the things I know.

They call it the City of Angels. Well… angels, demons… I don’t really know the difference. But I do know bad things are out there. I’ve seen them. Or felt them, anyway.

So why was I wasting my time at a small bar in the Valley? There was nothing wrong here. Nothing to see. I waved to the bartender on my way out.

Shade City is available on Amazon and Kindle Unlimited.